If you thought the world was on the brink of achieving gender equality – it might be time to think again. As it stands it would take 170 years to eradicate the disparity in pay and employment opportunities for men and women.

The World Economic Forum (WEF) has ranked 145 countries against a range of criteria, including the relative gaps between women and men across four key areas: health, education, economy and politics,  with 0.0 being the lowest score and 1.0 being the highest.

Iceland was found to have a smaller gender gap than any other country – followed by Finland and Norway. Iceland takes the top spot for the eighth consecutive year, closing more than 87% of its overall gender gap. It remains the top performer on Political Empowerment and in the top ten on Economic Participation and Opportunity on the back of solid improvements in the number of women among legislators, senior officials and managers.

Scandinavian nations leading the way may not come as a big surprise, but the rest of the top 10 is likely to raise a few eyebrows, given that it features Rwanda and not the UK or USA, which ranked 20th and 45th position. How does your country’s attitude to gender equality compare to the rest of the world? Click here to view the full interactive map. 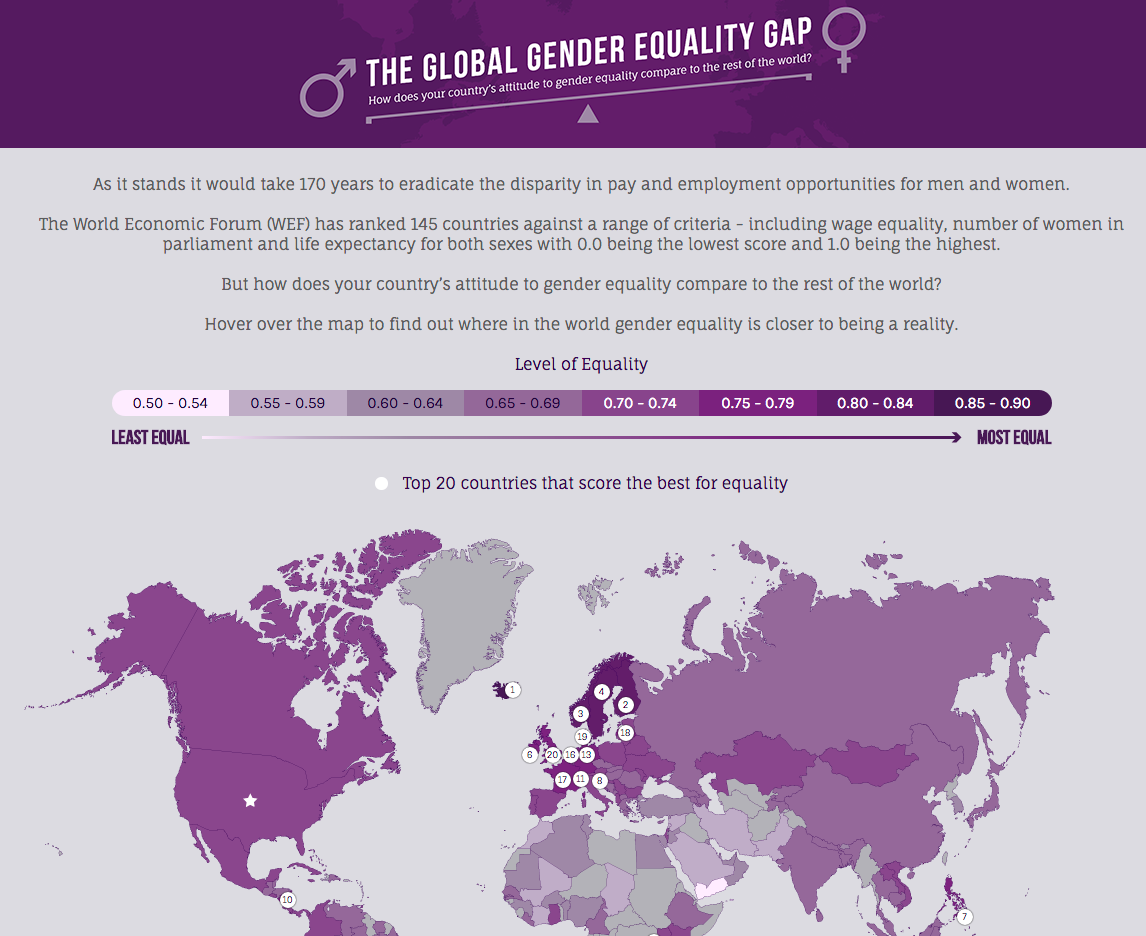