Entrepreneurship is a fixture of the 21st century.  Still, it’s no easy task to get a business off the ground. In recent years, the rate of women entrepreneurs has been growing at a percentage of at least double that of their male counterparts.

While women-owned businesses have experienced recent success, they still trail their male counterparts in key financial categories: average annual revenues and earnings, credit scores and average loan size. However, this disparity between the financials of men and women owned businesses is noticeably decreasing.

But where is the best city for a woman to set up a business?

The index evaluated 50 global cities on their capacity to foster the growth of women-led businesses based on the access they offer to capital, technology, talent, culture and markets. Within these categories, the index explored a range of indicators which highlighted their availability to female business owners. 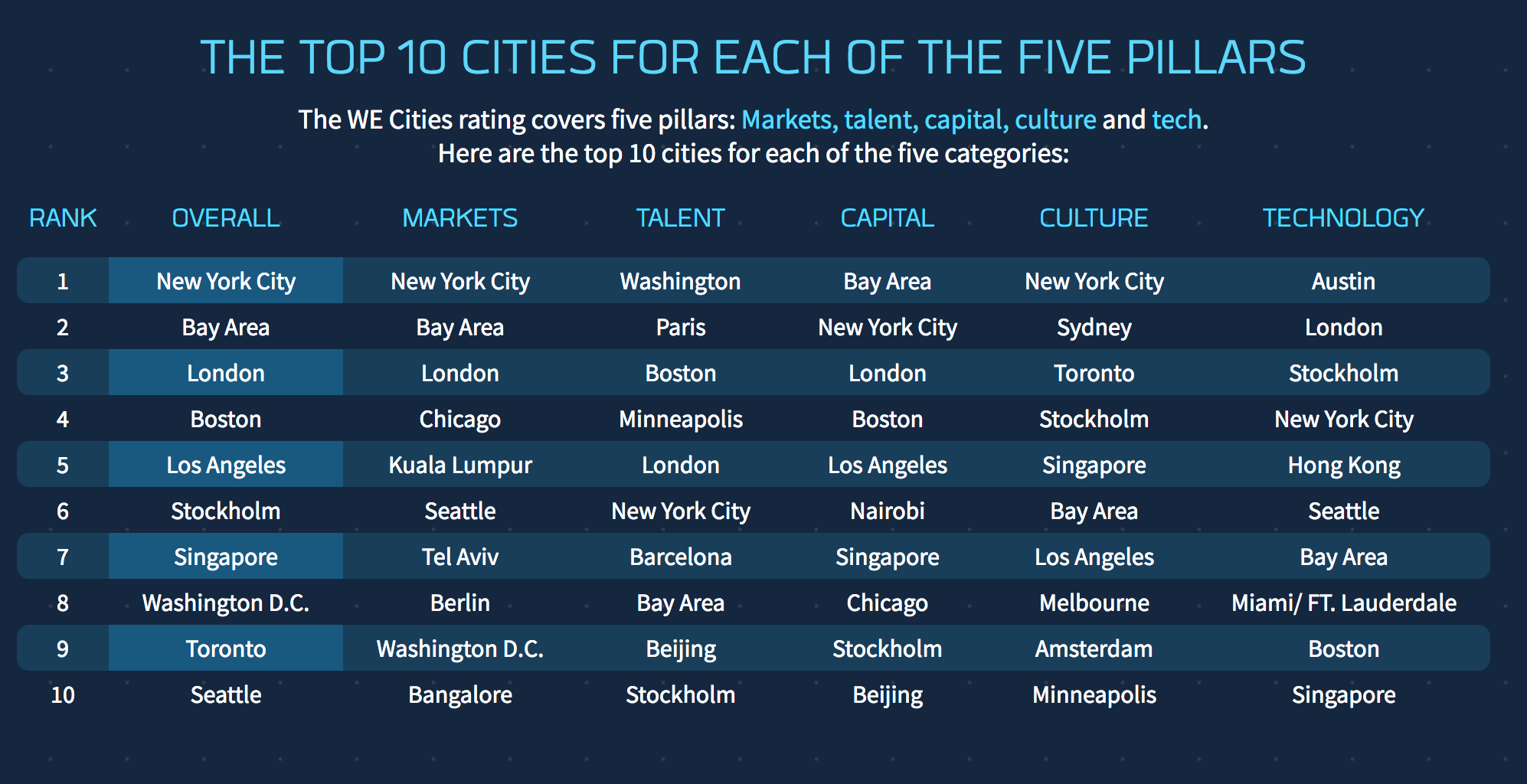 The UK’s capital city was found to rank in third for its markets and the capital it offers, and came in an impressive second for its technology, a result which saw it tie with Austin, Texas.

While the usual suspects dominate the top three spots – New York City, the Bay Area, and London, there are some surprising entrants in the top ten, including Boston and Stockholm (at no. 4 and 5 respectively) and Singapore (no. 8), the only city outside of North America and Europe to make it.

As it turns out, some cities are better than others at unlocking the potential of women entrepreneurs. But even top-rated New York received only 62.9 points out of 100.

The question that all forward-looking entrepreneurs should be asking themselves as the global economy continues to develop and diversify is: what can be done to support women entrepreneurs around the world?

By supporting programs that help women learn about the world of entrepreneurship, connect them with successful female entrepreneurs, and helping them find access to high-quality credit sources, women can build strong businesses, solidify their position in the global economy and local business world.

Which city will be next to be recognised for its established or emerging hubs of innovation and female entrepreneurship?

You can view the full interactive graphic here.